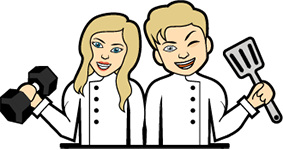 How does sleep affect your weight?

How does sleep actually impact your weight loss and gain? How much or little sleep will make a difference? What are the consequences of not getting enough sleep?

Sleep itself and what happens in our body is extremely interesting and impacts your day and life a lot more than you might think! In this post, we explore how it impacts your weight, whether it is weight loss or gain. We also discover that sleep plays a significant role in stress and the ability your body has to fight off sickness.

When you are sleep deprived, it will affect your body in a multitude of negative ways, one of which will be causing unwanted weight gain. First, research conducted by Spiegel, Tasali, Penev and Van Vauter has shown that sleep deprivation will decrease the production of the hormone leptin.

Decreased sleep will cause your body to produce more ghrelin, and this, in turn, will leave you feeling hungry and cause you to make poorer food decisions overall.

It is also indicated in research by Frank Scheer and others, that sleep deprivation will also trigger your body’s endocannabinoid system, limiting your ability to resist unhealthy food and triggering the desire to eat unhealthy snacks.

In addition, research has also shown that lack of sleep, poor sleep quality or inconsistent sleep rhythm/ schedule can increase the level of cortisol created by your body. Research by Vicennati, Pasqui, Cavazza, Pagotto, and Pasquali has also shown that this can play a role in weight gain.

Cortisol is the body’s stress response hormone. By increasing the level of cortisol, many people find themselves subjected to stress eating unhealthy foods such as sugary foods and other unhealthy foods instead of making healthy meal choices.

Without adequate sleep, your body isn’t producing the hormones necessary to maintain a healthy weight. Hence, you might experience weight gain despite the workout regimen you have developed.

In order to create and maintain a healthy plan for your weight and overall fitness, sleep is a key component of any healthy lifestyle plan.

The Effects Of Sleep Deprivation

Sleep restriction has some serious side effects, both short and long term in nature. A study by Roberts, Teo, Aisbett, and Warmington conducted on triathletes show that extended sleep (8.4 hours compared to average 6.8 hours) actually increase performance.

Studies also show that after just one night without the necessary sleep, performance can rapidly decline. Runners covered 3% less distance after one night with poor or little sleep.

One of the reasons for this is due to the fact that limited sleep makes your workout feel much more difficult than usual, which makes you feel the fatigue of the workout much more quickly than usual.

Poor sleep will also result in a loss of motivation altogether to work out. Muscles can’t restock glycogen without sleep, which is one of the body’s main workout energy sources. You should make every attempt to get 7 to 8 hours of good, restful sleep the night prior to your workout.

If you are unable to get the required sleep, research actually shows that in order to maintain muscle mass, you should focus on High-intensity training (HIIT) as this can increase your muscle mass.

However, here it is important to listen to your body as well and make the necessary adjustments.

Sleep increases protein synthesis and the mobilization of fatty acids that provide you with the energy to repair the muscles broken down during your workout.

Without sleep to help in the repair of your muscles, you will begin to feel the burn much more quickly, and it will result in the feeling of stiff or sore muscles for much longer periods after your workout, as well.

Lack of sleep can cause mental reactions that are similar to having consumed alcohol.

Studies have shown that being awake for 22 straight hours (some research actually shows less) can have an effect on the brain that is like consuming alcoholic beverages.

Even low-level fatigue can compare to being intoxicated in many ways. Slowed reaction times, negative or uncontrollable moods, and a loss of stress regulation are all effects of poor or little sleep and mirror some of the side effects of having consumed alcohol.

Much like confusion and headaches, memory lapses are a part of the mental reactions that are caused by a lack of sleep.

These can range from short periods of time to long stretches that affect motor skills, memory, and reaction time.

Sleep deprivation can, as mentioned above, cause an increase in cortisol production. Again, causing increased stress levels which can also trigger depression. In addition to depression, a lack of energy and moodiness often accompany sleep deficiency, sometimes as the depression begins to set in.

Like depression, cortisol production can cause the stress levels in your body to manifest in depression, trembling hands, and headaches.

A lack of sleep impairs your insulin sensitivity as shown in research. Lack of sleep can cause an insulin-resistant state.

Insulin resistance will impact the body’s ability to regulate sugar levels in the blood. Maybe allowing sugar levels to become too high. Insulin resistance can also be a precursor to Type 2 Diabetes. After just 4 nights of sleep deprivation, insulin sensitivity is 16% lower. The fat cells’ insulin sensitivity after 4 nights of sleep deprivation is 30% lower.

T cells can decrease as a result of sleep deprivation, this is partly because stress hormones may limit T cells to function as effectively as they should. And we know that stress hormones can be impacted by your sleep quality.

T cells are vital for your immune system, as research by Dimitrov et al demonstrates. They fight off for example flu, HOV, herpes and cancer cells.

Also, allowing your body to get the necessary rest will provide it with energy to fight illnesses both during your sleep but also when you’re awake.

Research conducted by Cauter and Plat shows that 70% of the human growth hormone that your body secretes is renewed during our sleep.

Since your muscle growth and recovery is directly related to the production of human growth hormone, it can be detrimental for your body and muscle growth to lose sleep.

A lack of sleep can cause a decrease of 10-15% testosterone production, and since a lack of sleep causes an increase in cortisol that breaks down muscle tissue as a stress reaction, one can naturally assume that if you are working out to increase body mass, you are not doing so by skipping out on sleep.

Summary: The Change Of Your Body Composition Due To Lack Of Sleep

Not only will your body’s ability to recover decrease when you experience lack of sleep possibly resulting in less muscle gain. But sleep deprivation will also trick your brain into thinking that it is hungrier than it actually is, which will result in making poorer choices in meals.

Decreased sleep will cause your body to produce more ghrelin, and this, in turn, will leave you feeling hungry and cause you to make poorer food decisions overall.

Lack of sleep also increases the level of cortisol that is created by your body. Cortisol is the body’s stress response hormone, and by increasing the level of cortisol, many people find themselves stress eating sugary and unhealthy foods and other junk food instead of making healthy meal choices.

Without adequate sleep, your body isn’t producing the hormones necessary to maintain a healthy weight. And you might experience weight gain despite the workout regimen you have developed. In order to create and maintain a healthy plan for your weight and overall fitness, sleep is a key component of any healthy lifestyle plan.

Get our top five healthy and delicious breakfast recipes that will fuel your body here.

Our names are Tobias and Ida, we are both foodies but with a love for working out. With all our activities and a hectic work life we believe that fueling our bodies with not only healthy but tasty food is important.

Follow us on our journey to become healthier and happier humans, we hope we can inspire you, and provide you with some recipes to fuel your body!

Read more about us. 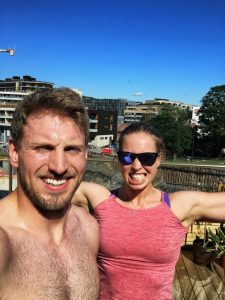 Our top five healthy and delicious breakfast recipes that will fuel your body. 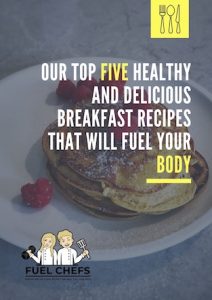 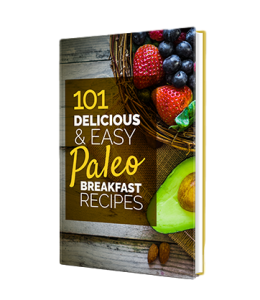